Arkeologidagen (Swedish word) or Day of Archaeology is an annual event in Sweden, celebrating its 25th consecutive year. All over Sweden the National Heritage board, the County museums and other excavating companies, foundations and universities shows part of their work for the public, usually by opening up an excavation-site to the public, by giving lectures or by giving tours.

This year Day of Archaeology is on Sunday August 26th .

And more… this is but a few of the things happening, keep a look out for more! If you are in another part of Sweden check the local museum or the National Heritage board webpagefor some of the activities.

OBS – All links are in Swedish, but that’s normally readable with a little help of google translate etc.

Tomorrow is the last day at Skepplanda 32 and most of the work will concern dismantling the excavation site, packing and finishing up.

Today we finished one of the larger hearths at Skepplanda 32, it was ca 4 m in diameter and ca 0,5 m deep. 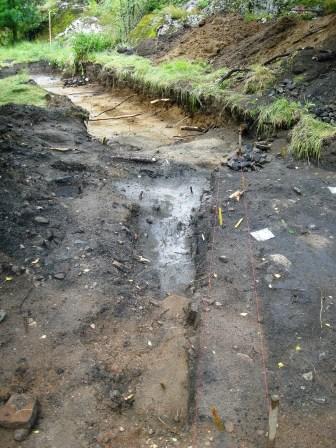 We didn’t find many artefacts in it but I found this nice cylindrical flint core, where the hearth met the sand.

Another nice find today was our second arrow head made of quartz. 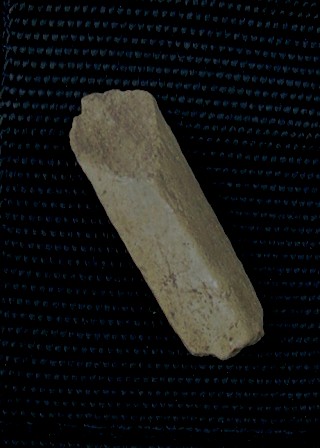 As I said tomorrow is the last day and then it’s up to Stockholm for a week worth of vacation.

We’re close to the finishing line 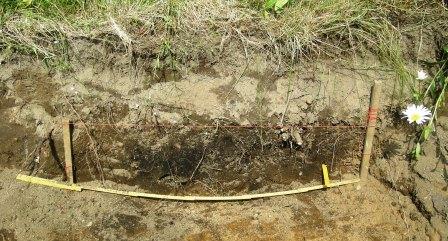 The Skepplanda 32 excavation is beginning to come to an end – only two days left. We’ve made a lot of interesting finds during the excavation and these last few days we also found some hearts and cocking pits whereof some might be Neolithic. Several of them looks like they’re from the Iron Age but we’ve made some finds that indicatives that they possibly are from the Stone Age. Today I found this arrow head (type C) belonging to last phase of the pitted ware culture in a hearth.

Today I took a few moments to look at the view over Gota Alv (river Gota) it’s magnificent. The scenery is nothing like that the people of the middle neolitic saw as this was in the archipelago at the time and the sea level met the beach right were here. On that they made hearths, hunted seal, fished and possibly lived, at least for a while. 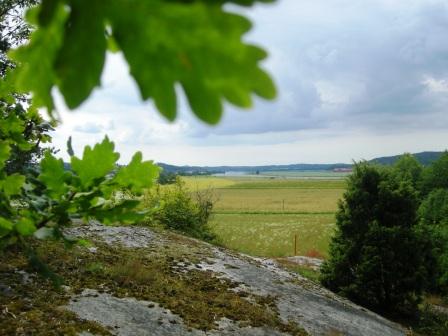 Well all good things have an end and it’s been a good dig. Coming up next is a week of vacation and then it is of Ostergotland for more work.

Today dark clouds covered the sky and the rain have been falling more or less the whole day, most of the time in form of a drizzle. Now this does not stop an archaeologist in the field all that happens is that you get dirty.

Among other things I found this nice double edged flint scrape.

I also found my peaked cap that I lost a few days ago, I’ve been morning it a little as it’s been my companion the last few years in the field and has a really good fit. But on my way to the local supermarket what did I find if not my cap – some nice soul had hanged it on a pole – Thank you whoever you are!

It’s been ruffed up a bit but nothing the washer won’t be able to fix.

A theme song for a Stone Age excavation

Day 8 at the Skepplanda 32 excavation dealt a mixed hand; a bit of rain, a good deal of sun and some wind to top it off. It all started with horses though, two had escaped and was finding our excavation site a nice enough place (sorry no photos).

Skepplanda 32; the beginning of the end

It’s been a hot couple of days with lots of sun, but all is well in Skepplanda due to lots and lots of water and some nice finds that keeps the spirits high.

In this picture at the S part of the settlement a search shaft has been made wherein we’ve found several nice flints, among them a few arrow heads and next to it in a newer search pit (not seen in this picture) we’ve found parts of a stone axe.

In this picture is the NNW part within a part of arable land, used up until last year. 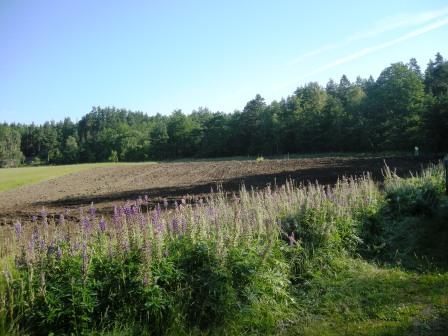 This part of the field we ploughed and then harrowed. As it has been ploughed up until now the ploughing init self does not harm the settlement, after the harrowing we’ve field walked the area and collected finds, mostly flints and measured them with a total station, from this we can see the spread of finds within the area. These finds are not in its orginal place but show general patterns. We will harrow the field three times and do field walks to get a good picture then we’ll start to excavate this area.

The dig is finished, it’s been dug!

Then this excavation is over all that’s left is a few days of working with the finds, in my case produce a small osteologic comment on the bones found. There is a kind of sadness when one the last phases of a dig, as you excavate you kind of get familiar with landscape that you create. In this case the two houses and the cellar and you kind of desiccate it to a level where you where everything’s at. And at the final days when you bring in an excavator and deep digs it all to be sure that there are no older structures underneath, the reality that one has lived in for a few weeks or so disappears.

Did we find anything older? Perhaps! We found a hearth that might be prehistoric – but we’ll have to wait for the 14c analysis. We also found a well underneath one of the houses; it is ca 3 x 3 meter large. We’ve dug about three meters in depth as well though we didn’t get to the bottom of it, the arm of the excavator wasn’t long enough. The well was filled with old building materials and such and had been so since before the house was built, so it’s older but probably not prehistoric. 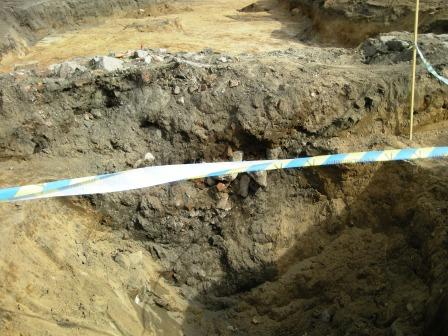 A horse hoof found within one of the houses! 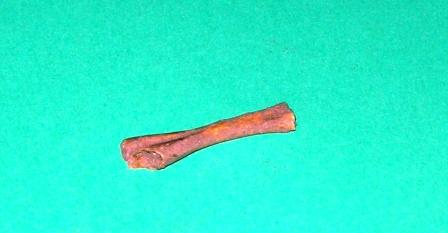 A bone from a frog, always fun to find small bones as well.

A tool of some sorts, or rather a part of a tool, perhaps a stylus. The material is yet uncertain but it might be made of tortoise shell.

Another tool, made out of antler.

Though the dig is done I’ve still got a few days of work in Linköping and I’ve got plenty of pictures so there will be a few more posts from or about Linköping.

The excavation has been carried out by Östergötlands County museum.

As the weekend comes to an end we have done 7 days of archaeology in the Konserthusparken, Linköping (Me and Christer did two days last week as well). The excavation is going forward and some results are beginning to show.

In the southern part of the shaft we have identified a portion of a rather large wall, possibly of medieval origin, that is connected to a cellar found in the 60’s. We are not sure of the dating but there are several factors that points us in that direction; the cellar that originally was dug in the 60’s was then dated to the late middle ages, though the bases of that dating is not entirely clear, the masonry seems to be medieval though the wall is quite destroyed so it is difficult to say for sure, to this we can ad one find; a small piece of stone with a relief of a lion or something similar (see pic below) that probably is medieval, the context of the find is not entirely clear.

One of the details in the wall that fives it a medieval feel is a trench seen in the picture below.

A difficulty in the southern part of the shaft has been to identify the different layers partly due to the fact that there seems to be two separate demolition layers and several disturbances such as pits for dumping trash such as broken pots, glasses etc.

At the end of the week we started on the southern part of the shaft. A working hypothesis is that these structures are part of at least two buildings that were more or less temporary. There seems to several remains after different kinds of stoves/hearths. One of these has been cleared, as we did this we could see that it is probably two hearths we common delimitation, here we are currently looking for the northern outer wall of this building.

A lot has been done but there’s still a lot do, next week we will probably concentrate on the northern structures and try to define limitations of the structures and the buildings as well as try to determine their individual usage.

Currently we are four archaeologist working on this site and on occasion other archaeologists from the museum comes around and help out for a day or two.

Here are the whole group; from the left Christer, Hanna, me and Lena.

At this dig this slogan has been our defining theme: 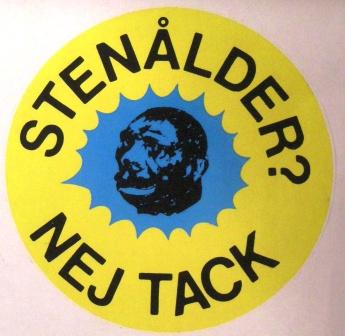 In translation; “Stone Age? No thanks” Now wouldn’t that make a great T-shirt?

The excavation is being carried out by Östergötlands County museum.