It’s not often I publish pictures of myself here at Testimony of the spade but I got these pictures of me in the field taken by fellow archaeologist Joel Berglund and I thought it might be a good idea to give evidence that I actually do some work as well as blogging. Here I am behind Totte (Swedish nickname for Total station) at the Skepplanda excavation. 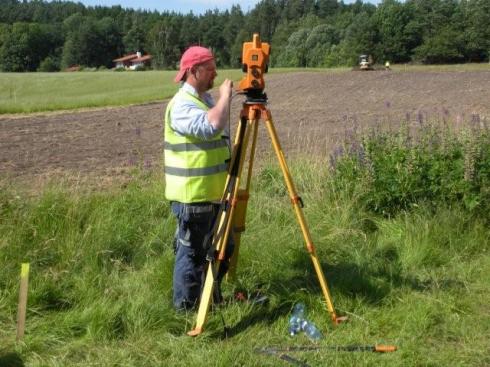 Not about archaeology but perhaps not far away of becoming an artifact.

Have a nice weekend!

A theme song for a Stone Age excavation

Day 8 at the Skepplanda 32 excavation dealt a mixed hand; a bit of rain, a good deal of sun and some wind to top it off. It all started with horses though, two had escaped and was finding our excavation site a nice enough place (sorry no photos).