A visit to Hästholmen a villa forensis in Östergötland, Sweden 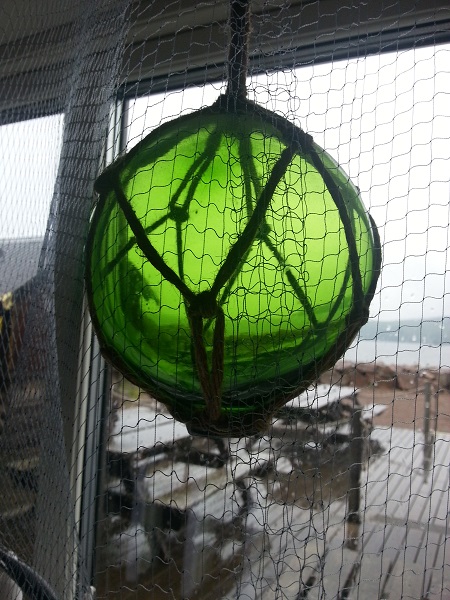 I’ve been lazy when it comes to archaeology blogging lately, partly due to lots and lots of work. The other day I was asked to meet up with some folks from Jönköping County administrative board to tell a little on Hästholmen, as they were visiting on their annual staff day. This gave me a good reason for some blogging 🙂 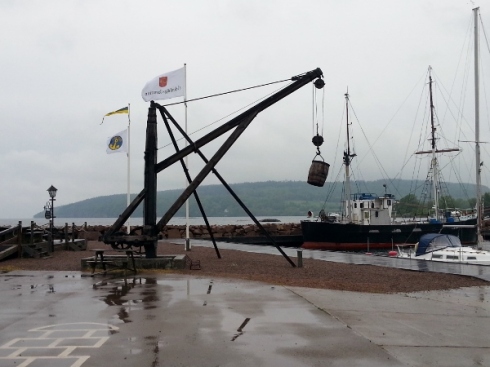 Hästholmen is a small town, ca 500 residents, by lake Vettern. It’s interesting out of many aspects, but lets start during the middle ages. Hästholmen is named in several historic documents, the oldest dated back to 1300 AD. It was never a town but it was what can be called a villa forensis (a place with a market) – this was one of the ports for transporting agricultural commodities from the fertile plains of Östergötland. 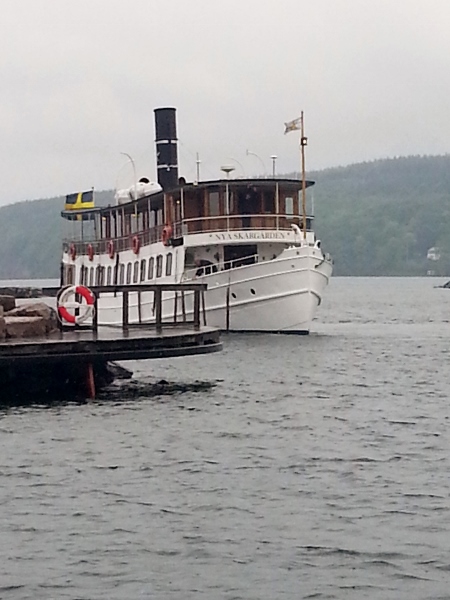 In medieval sources a church and a castle is also mentioned. The castle was probably more of a fortified farmstead than a castle. It was owned by one of Albrecht of Mecklenburg knights, Gerdt Snackborg. At Hästholmen was also a ting-place, a middle age court, this was active until at least 1523. 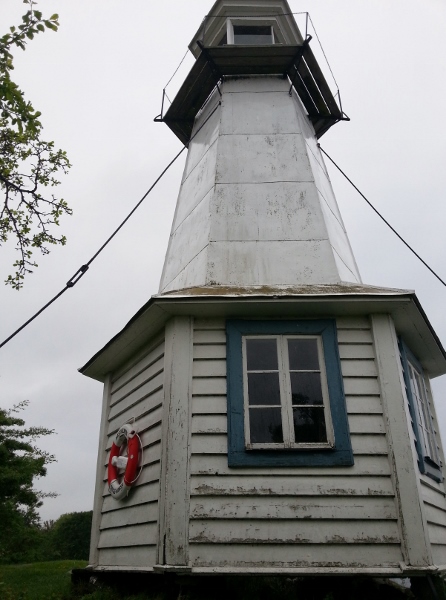 Hästholmen peaked during the 14th and 15th century and then slowly faded into history as Vadstena, where the newly founded Vadstena Abbey was based, received its town charter. There hasn’t been done much archaeology within the medieval parts of Hästholmen, but the finds that has been found are mainly from the 14th or 15th century, for example weapons parts, a seal stamp and a collection of coins. The Seal Stamp is bourgeois and holds the name S.olai Pedarson. In 1983 a collection of 282 silver coins was found on the small hill where the “castle” is supposed to have been. The coins are from Sweden, Denmark and Germany and are minted between 1363 and 1520. 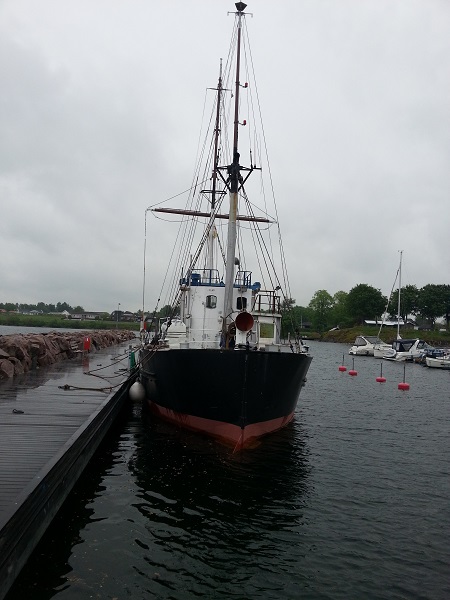 The next time in history Hästholmen is visible in history is during the mid 19th century when it once again became an important harbour for agricultural commodities. This was to due with the steam-ship traffic on lake Vettern. In 1859 they rebuilt the harbour, much as it looks today, and 1860 the first the first harbor warehouses, one of this is till there. In 1939 they built a facility for storage and processing of grain which also is still standing. A narrow gauge railway was added in 1888 and a broad gauge (standard gauge) between Hästholmen and Mjoelby wasinaugurated in 1912. 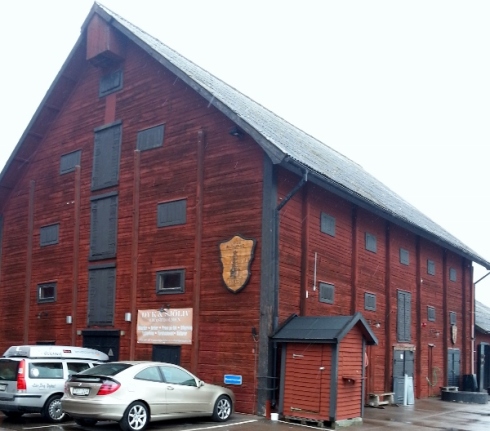 In 1918 the ship Per Brahe went down during a storm just 500 meters from the Hästholmen port. It’s know as one the beloved artist John Bauer and his family together with more than 20 others died. The ship was salvaged from the bottom of the lake in 1922 and was was used for many more years in different parts of Sweden and Finland. 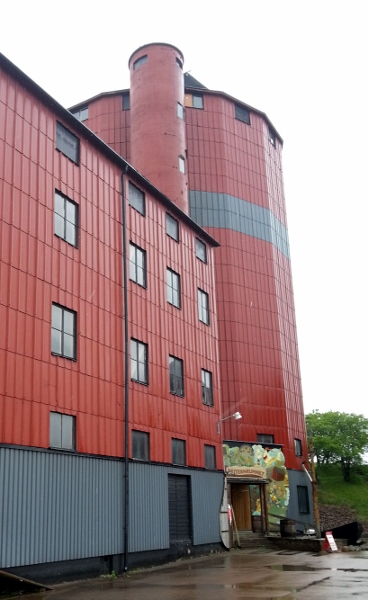 Facility for storage and processing of grain, build 1939

This is not the only find made in the harbour or nearby the harbour. Another ship wreck was found 2003, this is not dated but of old age (Viking Age or later). Added to this is also a stone age shaft-hole axe and a Vendel Age (550 – 800 AD) sword. 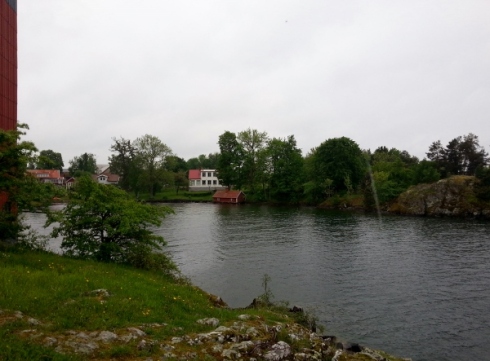 The area around Hästholmen, Alvastra and Omberg is one of the three pre-historic central areas in Östergötland. The district has been inhabited since the Stone Age, with plenty of both Mesolithic and Neolithic settlements, which has been around creeks, ancient lakes and wetlands in the plains and by lake Vettern. 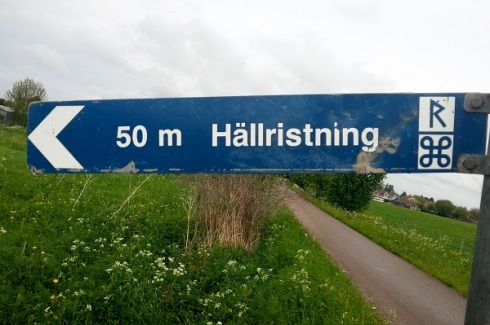 During the Boreal period, about 8500-6800 BC we know of more than 30 Mesolithic settlements around the lake Tåkern, alone. In Hästholmen are traces of at least one Neolithic settlement and an Iron Age settlement. At Omberg, about 1-2 km north of Hästholmen is the Alvastra pile-dwelling site, ca 3100 BC. There has also been a megalith grave, that was destroyed in 1916. Excavations at this site was conducted in 1979-83 and found human bone material from both the Neolithic period, ca 3200 BC, and the Mesolithic’s, ca. 6300 BC.

In this area is also lots of medieval remains such as the ruins of the Alvastra monastery, Sverker Chapel, Sverkers farmstead and Alvastra mill. The Sverker-dynasty is one the early royal dynasty’s connected with the formation of Sweden during the 12th-13th century. 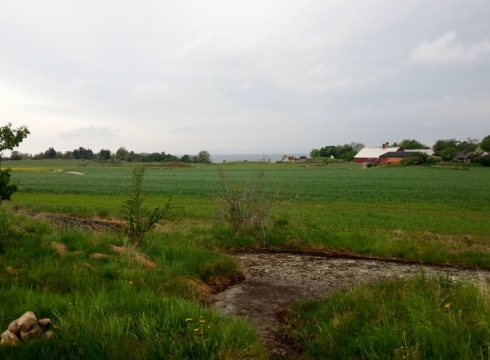 One rocks with carvings at Hästholmen

One of the more interesting sites in Hästholmen is the rock-art. Near Hästholmen are more than 80 known places with rock art, most of these are mainly dated to the Bronze Age. The normal type of carvings are cup marks (skålgropar, älvkvarnar) but in but six places there are also figurative motifs, all of are these close to lake Vettern and the most known are those at Hästholmen. It includes about 200 carvings spread over some 10 areas, including 130 cup marks, 29 ships, nine people, axes and animal etc. etc. 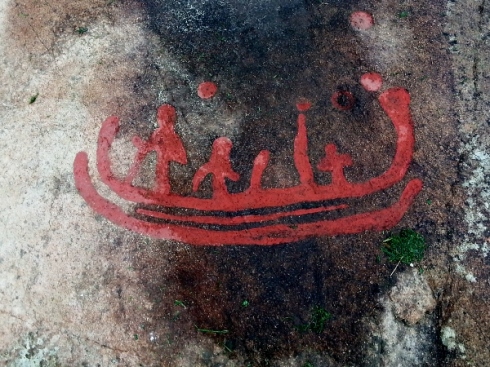 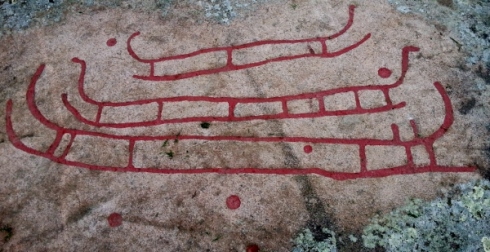 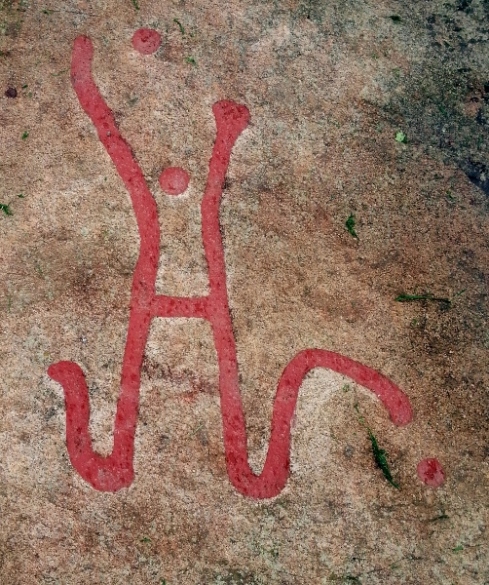 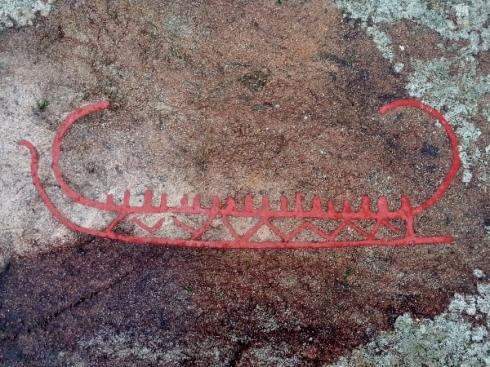 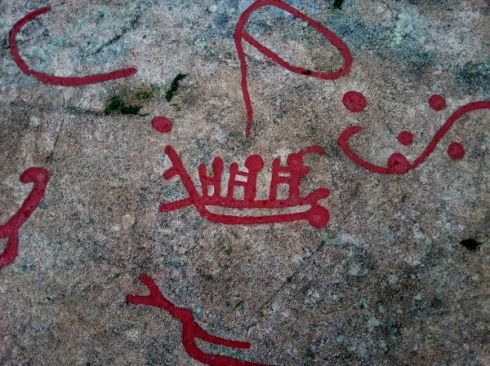 4 responses to “A visit to Hästholmen a villa forensis in Östergötland, Sweden”