My fiancée, who also is an archaeologist, is currently participating in an archaeological dig at the Swedish west coast, at Tanum. Tanum is internationally known for its rock art sites, the Tanum UNESCO World Heritage site includes a multitude of rock carvings dated to the Bronze Age ca 1700-500 BC. In the area there are more than 1500 known sites with rock art. Last weekend I visited and we went on a rock art Safari visiting a few of the sites, the first Vitlycke, which is one of the biggest sites including the famous carving that is called the the wedding couple . 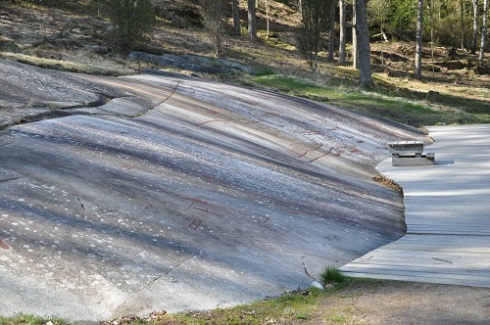 The most common motives are cup marks, ships, people, animals, footprints, wheels etc. Not being an expert on these they still captures my imagination, this is as close as we come to a written testimony of the Bronze Age world giving us glimpses into the world then. The rock carving as seen today is made on outcrops and rocks that are visible in the modern farming landscape, but during the Bronze Age they were situated near the waterline. What is ongoing in Scandinavia, since the last Ice Age, is the land uplift in progress, due to this the coastline has moved quite a bit since the Bronze Age and so landscape surrounding the rock carvings has changed as well.

On top of this hill, ca 100 meter higher in the terrain are two great burial cairns from the Bronze Age. 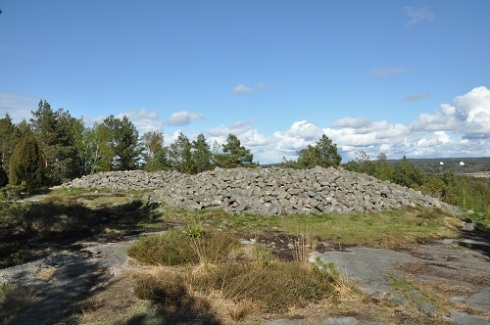 This is the first of several posts consisting mainly of photos from these sites. 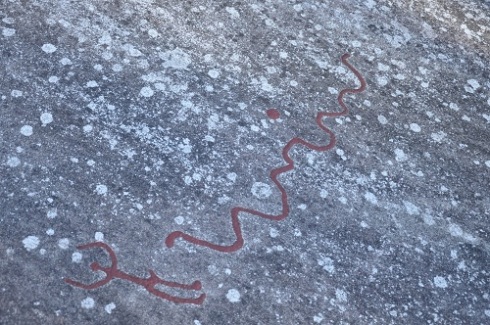 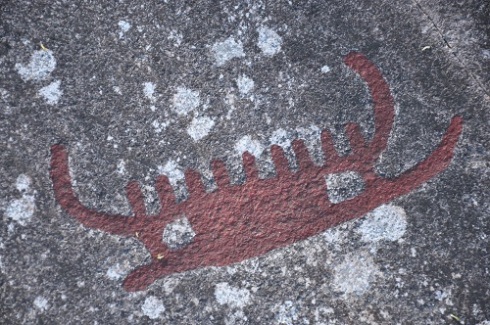 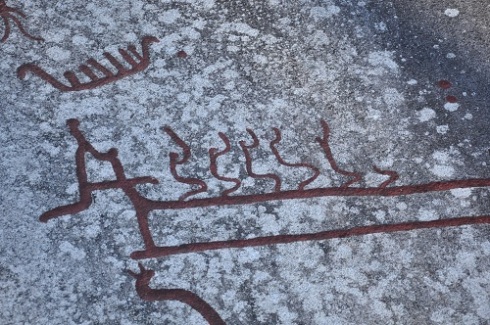 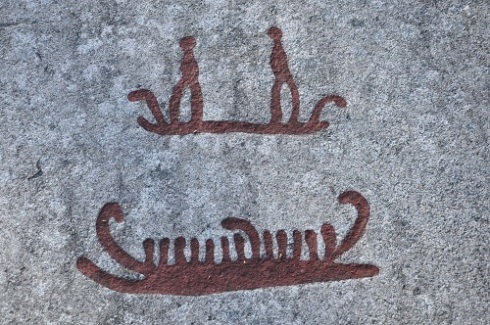 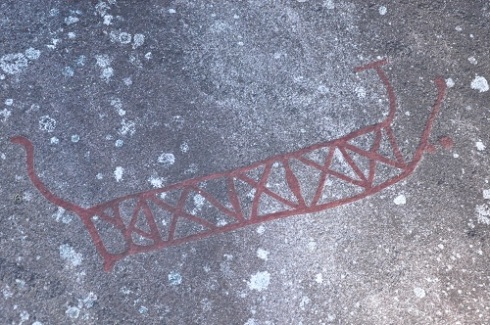 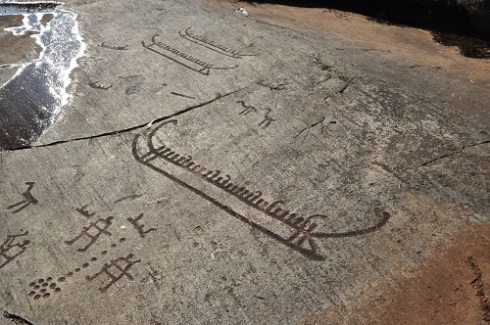 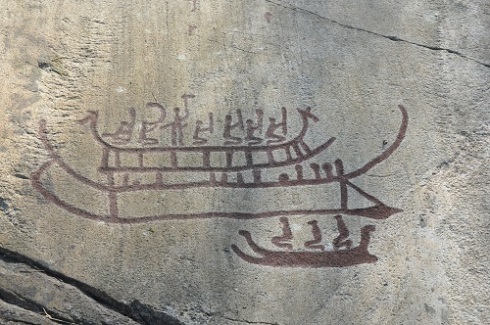 In the middle is a foot sole and down to the left is part of a ship.

At Vitlycke is also a rock art museum, which includes a replica of a Bronze Age farm.